The Hidden Dangers of Water

An EPA report on the status of the nation’s lakes, rivers, and estuaries says that while water quality is not getting worse in America, neither is any progress being made. More than one third of all waterways are reported to be unsuitable for fishing or swimming because of pollution. Most contaminants are sewage and bacteria, fertilizer, toxic metals, oil and grease. Typical sources of the pollution include runoff from farms, industrial waste, and city sewer discharge.

Newsweek: “Several million Americas are drinking water that is potentially hazardous due to chemical or bacterial contamination.”

L.A. Times: “Communities with drinking water contamination by chemicals are being hit with strange patterns of illness.”

ABC Network News: “U.S. Industries…generate some 88,000,000 pounds of toxic wastes a year, 90 percent of which, the E.PA. estimates, are improperly disposed.”

The New York Times, June 2, 1995: “More than 1 in 5 Americas unknowingly drink tap water polluted with feces, radiation or other contaminants…Nearly 1,000 deaths each year and at least 400,000 cases of waterborne illness may be attributed to contaminated water.”

Houston Chronicle, June 2, 1995:T “The parasite [cryptosporidium] that killed more than 100 people in Milwaukee two years ago has been found in drinking water systems that serve 45 million people…”

USA TODAY, March 30, 1995: “Parasite in water is widespread…can be dangerous, even fatal, to people with weakened immune systems.”

With over 70,000 chemicals now in use and with the introduction of a 1,000 more each year, drinking water contamination is increasing at an alarming rate. According to a leading citizen lobby, North America drinking water has 2,100 toxic chemicals causing cancer, cell mutation, and nervous disorders. Existing treatment plants were not designed to remove the new toxic chemicals, and the government is slow to regulate the high rate of contamination. Responsible citizens are left to educate and protect themselves from the world’s greatest environmental threat – chemically contaminated water.

If you have ever wondered why there is such an astounding increase in Alzheimer’s disease, the answer may have finally been found. In the April 1995 issue of the international science journal, Neurotoxicology, a private Australian research group reported that the widespread use of aluminum salts to purify water may lead to brain damage and may account for the large scale loss of memory experienced by people suffering from Alzheimer’s disease!

The Australia Institute of Biomedical Research, based in Sydney, reported that experiments with rats showed that tiny amounts of aluminum consumed in water found its way to their brains and accumulated there. It has been known for twenty years that if aluminum accumulated in the brain over a period of time, it could kill off neurons and cause memory loss. Institute researcher Judie Walton noted the worldwide massive increase in Alzheimer’s disease over the past 70 years. She pointed out: “We are drinking it and eating it throughout our lifetimes, so by the time we are quite old we have had a lot of exposure to aluminum.” Aluminum is also found in food emulsifiers, anti-perspirant deodorants, baking powder, some toothpastes, and many of the commonly used cooking utensils.

The research on rats found measurable amounts of aluminum in their brains after just one glass of aluminum treated water.

Walton observed: “We really should look seriously at revisiting this possibility that aluminum addition to foods and drinking water is a health hazard.” Due to the concerns about a link between aluminum and Alzheimer’s disease, Sydney, Australia’s largest city, is already gradually withdrawing aluminum treatment of water.

Using aluminum to purify water may be even more dangerous than the use of fluoride and chlorine in our water. It is believed that the problem is worsened by the action of fluoride in facilitating the absorption of aluminum.

The Worsening Contamination of Water

It has been estimated that 53 million Americas, about 20 percent of the population, have been drinking water that is contaminated with feces, radiation, lead, or other poisons. This is according to data collected by the United States Environmental Protection Agency in 1993-1994. This was a 7.6 million increase since 1992!

The Environmental Working Group (EWG) reported that it had tested 29 Midwestern cities and towns and found that all had herbicides present in the drinking water. In one Illinois city, they found that the level of the weed killer cyanazine in the public water supply was 34 times above the federal standards. The EWG estimated that 20 to 25 million Americas are now drinking water polluted with herbicides. Research in laboratories has shown a higher incidence of cancer and birth defects in animals fed with food containing herbicides.

The EWG conservatively attributed at least 1000 deaths each year, and about 400,000 cases of waterborne illness, to contaminated tap water. Besides hazards for the unsuspecting general population, experts have noted the serious health consequences that exist for infants and children. 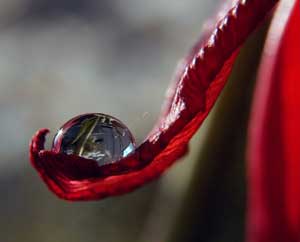 Water: Our Most Precious Resource